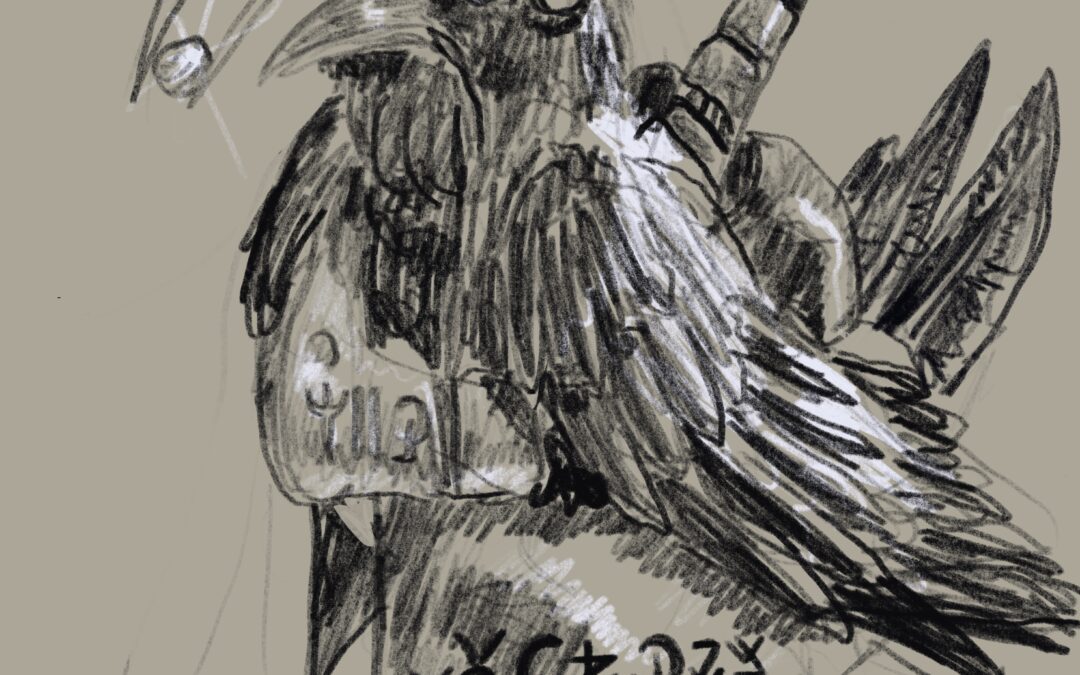 The Korvedan are a race of Aliens who started to settle in the birthlands about a thousand years ago. Compared to their ancestors who stranded in the birthlands a thousand years ago, they have seemingly devolved. However, compared to the other civilizations of the world, they are way more advanced intellectually. But their ancestors were said to carry godlike powers before most of them got slaughtered by the three heroins of  Saji.

Today korvedans are more akin to mages than gods. They use their wings for non verbal communication while their beak serves as the hands that they lack. Some of them can use mind controlled metal arms. Those metal arms are shaped like their beak since it’s what they are used to control. But some have witnessed them build the same kind of metaling arms for humans.

Their language is written as an Abugida with a strong emphasis on consonants like H, R, or K.

As corvidae, they can also imitate other sounds, but use them mainly for borrowed words from other languages!