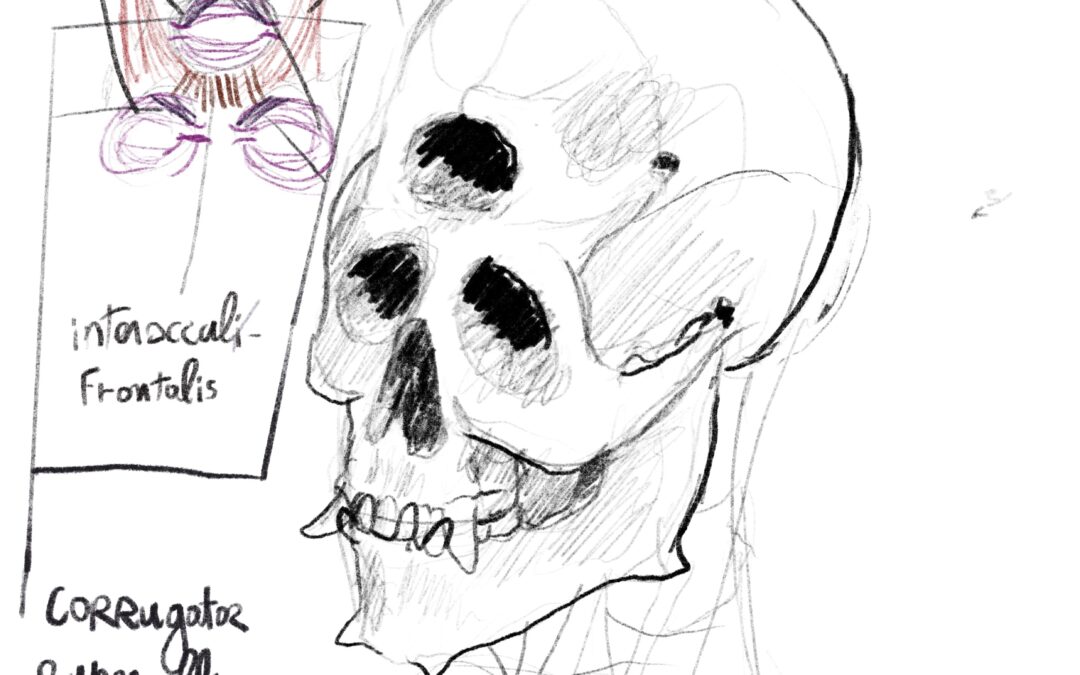 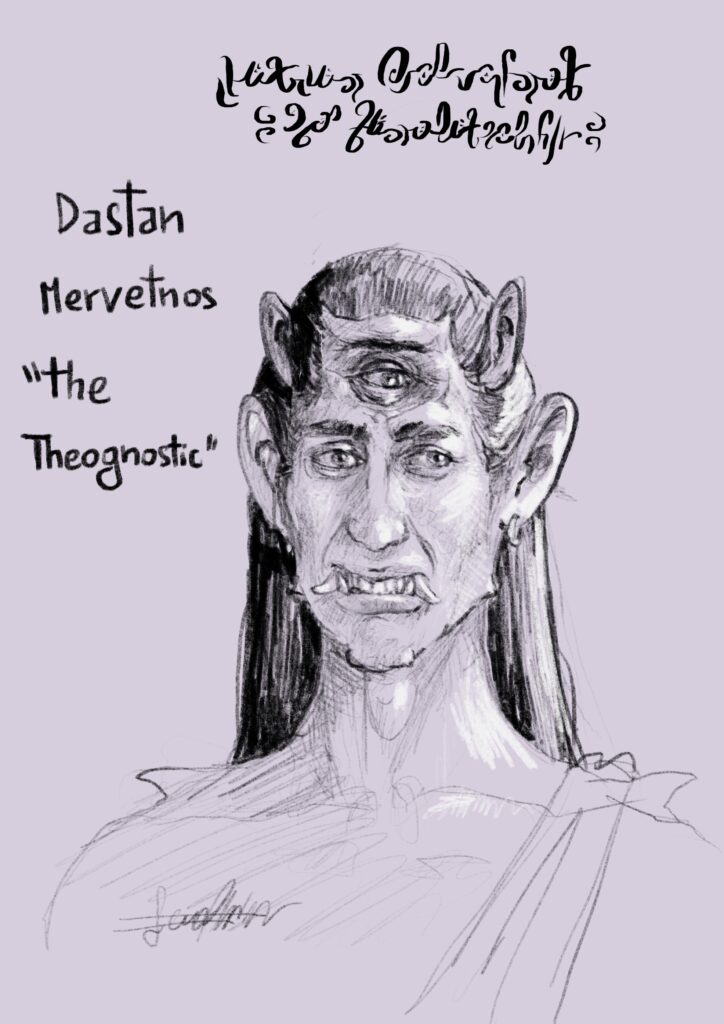 Another couple of sketches from my Birthlands worldbuilding project.
A character portrait … the name written in Sajilir on the Sketch is
Dastan Mervetnos « Sanolasyeth » … if we anglicized the name it would be
Rodrick Waldson (or Watson) « the theognostic »
Das = Glory Tan = Ruler , a typical noble name.
Merva is the name of his ancestor, which means « of the Forest » Walda or Silvia would be equivalent names… So Mervetnos here means son of Merva.
Note that if he was a daughter, it would be Mervetnu.
However, his real mother’s name was actually Farva (of the wind, so basically Wendy) But families with an illustrious matrilineal ancestor tend to keep the name of this ancestor by pride.

Dastan Mervetnos is a Theognostic.
Theognostics are a cast of the Saji clergy, literally meaning « those who know the gods »
He is the descendant of Merva who was one of the Saji heroes who slayed the living gods of the Korvedans. The « gnosis, » the ability to « see and hear » beyond the secluded walls of our world is a rare atavism that comes naturally to very few chosen ones in the Saji people. His high connection to the « woven paths » have made him a very important figure in the holy city of Meroval. His position is akin to a high priest or a bishop in the city’s clerical hierarchy.