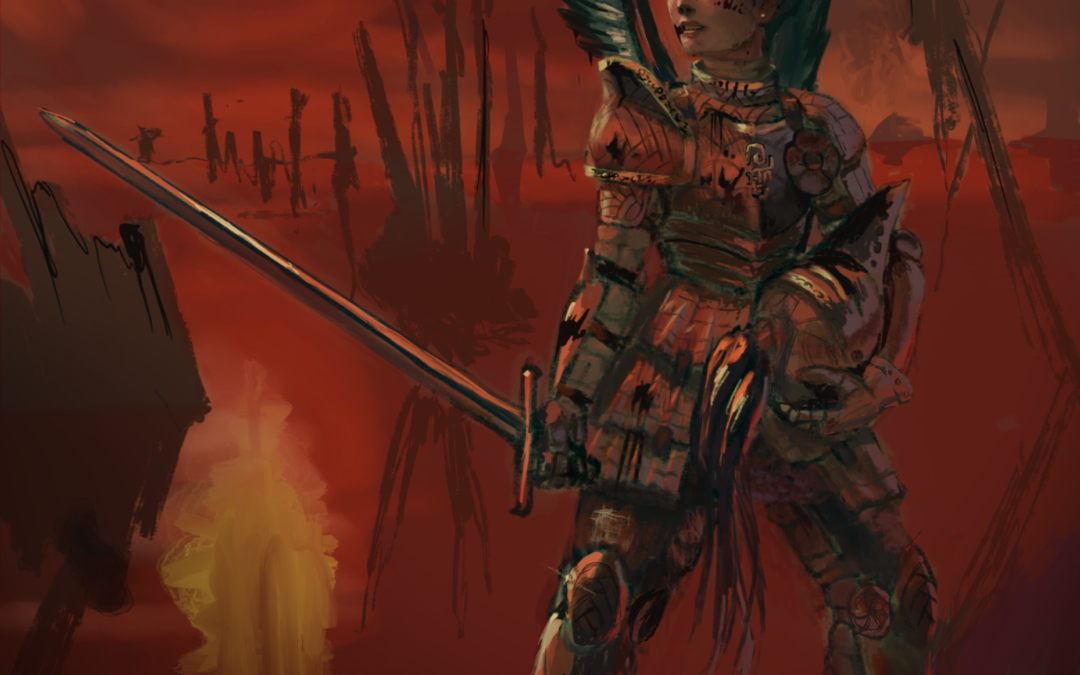 Yir Telthia « the winged fencer » daughter of Melthia, descendant of Teldan the Humble.
This is my participation for character Design challenge this month.

Telthia knew nothing of her illustrious heritage when she was appointed as squire for baron Pardriss, member of the current reigning dynasty. She was only 7 when she became a squire. However, Pardriss’ intentions towards the young girl never was to train her. The baron had taken the habit to take young girls or boys as squires mainly to groom and abuse them. Often, the children were never heard of not long after their appointment. Pardriss was an equivalent to Gilles de Rais in the Birthlands. A twisted mind with a taste for inflicting pain and death to young and innocent bodies. Nevertheless, the young Telthia saw through the black soul of the man and he became her first kill as he attempted to abuse her.

However, by doing so she made the reigning prince her enemy and she started a long exilin Korvedan land. There she was captured and treated as a pet or a curiosity by the giant birds.

However, one day a noble Korvedan knight Sir Herdkan, saw the incredible potential of the young girl and accepted to take her as his squire.

It’s through her knowledgeable companion that Telthia discovered her hidden heritage. But for a while she did not care much … up until amidst plots and political manipulation her Korvedan protector got killed by a Sitarthian assassin. Since that tragic event Telthia swore vengeance upon the prince of her native city…